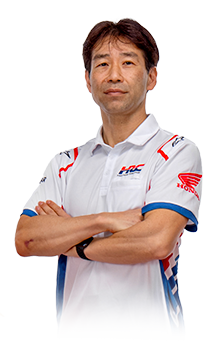 Tetsuhiro Kuwata arrived in Honda Racing Corporation in 2011 as Chief Engineer of Technology Development Division. He joined Honda Motor in 2000, working on the Automobile R&D Centre for the F1 Project. From 2005 to 2008, he was an Engine Development Engineer and Test Team Lead Engineer inside Honda Racing Development. In 2009, he worked for the Production Automobile Project and he landed in MotoGP in 2010 as Control Strategy Development Engineer. In 2016 he became HRC Director – General Manager of Race Operations Management Division and oversees HRC’s racing activities in all forms, from MotoGP to the Dakar. This leads to a busy schedule which sees the HRC Director frequenting across a variety of series across the globe as he follows HRC’s efforts. 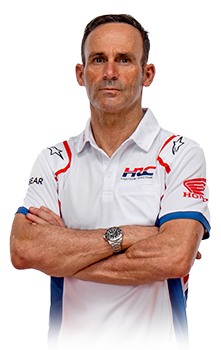 Alberto Puig was a rider in the Motorcycling World Championship beginning with the 1987 season, and his racing career included a long stint with Honda and a victory at the 1995 500cc Spanish Grand Prix, becoming the first Spanish rider to win their home GP in the premier class. That same year, he suffered an accident at the French Grand Prix that ended his fight for the World Title. Puig retired from racing in 1997 after coming back from his injury and quickly established himself as one of the most respected managers and talent spotters in racing, successfully helping several talented riders to develop into the sport. Working closely with a several riders, Puig and Honda’s relationship continued. Eventually becoming an HRC Advisor, Puig served as Director of the Asia Talent Cup and British Talent Cup from 2014 to 2017 where he continued to help nurture young riders. In 2018 he became the Team Manager of the Repsol Honda Team and under Puig, Honda won back-to-back Triple Crowns in 2018 and 2019. Having raced himself, Puig offers the unique perspective of a world championship rider and works closely with all Honda’s riders. 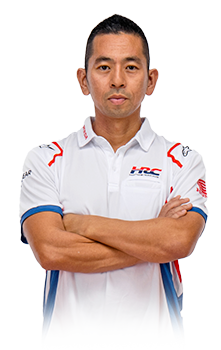 Takeo Yokoyama has been in the Honda family since 1996. He left to study in the USA in 2002 and rejoined HRC in 2004 working as a Chassis designer. After three years working as Dani Pedrosa’s track engineer, he stepped up to the role of Technical Director and an opportunity to utilize all his valuable experience to date. Acting as HRC’s Technical Manager since 2018, Takeo has guided development of the Honda RC213V to improve and fight for the World Championship each season. He can frequently be seen in both the Repsol Honda Team and LCR Honda Team garages, listening to riders to understand their needs and working with HRC engineers to help extract the best possible performance from the Honda.